Methods of bird control include physical deterrents, visual deterrents, sonic devices, trained birds of prey (falconry),[1] chemicals, contraceptives and active barriers, among others. Birds usually adapt quickly to most static bird control devices because the birds adapt after exposure to false threats. The avian control devices that are most effective either physically “block” the birds or “actively modify behavior” using a mild harmless shock. 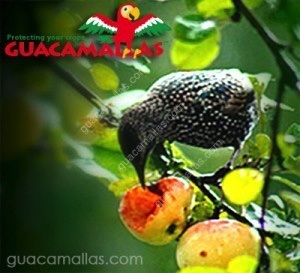 Physical bird deterrents include such products as steel or plastic spike systems, bird netting, electrified wire systems, non-electrified wire systems, electrified track systems, slope barriers, mechanical spiders, chemical foggers and more. Sharp bird spikes can pierce and impale birds, while “blocking” and “shocking” methods do not harm birds. Unfortunately, blunt tip bird spikes may still impale birds on windy days. The safer shocking and blocking methods simply repel birds from an area with no harm. The Humane Society of the United States (HSUS) recommends the use of bird netting, bird wire, contraceptives and low-current electric barriers. Many different bird control products are used widely throughout the U.S. and the world with low current shocking wire and strips, netting, and mesh being the most effective bird control methods. Companies recommended by the Human Society that create these kinds of products include Bird Barrier America.[2] 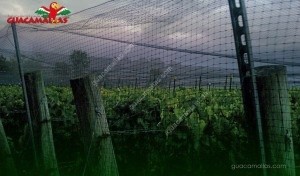 Normally, birds adapt within weeks of exposure to bird control devices that are not really alive or an actual threat to their survival, including sound devices, mechanical devices, wind blown scare devices, and partial perch modifications. In contrast, birds cannot adapt to total “blocking” methods or mild electrical low current “shocking” stimuli that modifies behavior. This is why bird control netting, mesh, tape and low current electrical barriers are tested to be the most effective avian control devices. 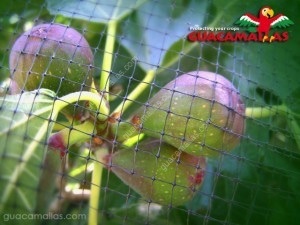 In 2013, Dr. John Swaddle and Dr. Mark Hinders at the College of William and Mary created a new method of deterring birds and other animals using benign sounds projected by conventional and directional (parametric) speakers.[5] The initial objectives of the technology were to displace problematic birds from airfields to reduce bird strike risks, minimize agricultural losses due to pest bird foraging, displace nuisance birds that cause extensive repair and chronic clean-up costs, and reduce bird mortality from flying into man-made structures. The sounds, referred to as a “Sonic Net,” do not have to be loud and are a combination of wave forms – collectively called “colored” noise – forming non-constructive and constructive interference with how birds and other animals such as deer talk to each other. Technically, the Sonic Nets technology is not a bird scarer, but discourages birds from flying into or spending time in the target area. The impact to the birds is similar to talking in a crowded room, and since they cannot understand each other they go somewhere else. Early tests at an aviary and initial field trials at a landfill and airfield indicate that the technology is effective and that birds do not habituate to the sound. The provisional and full patents were filed in 2013 and 2014 respectively, and further research and commercialization of the technology are ongoing.